For those raised in the information age, life without the internet is no life at all. It is often a primary focus of a teen’s day (75% of teens are online several times per day) and an important means by which they communicate with the world and take in new information. While information can be found in various sources across the internet, an overwhelming majority of teens and pre-teens tend to gather their information from social media sites like Facebook and Twitter.

A 2015 report by the Media Insights Project found that the majority of surveyed Millennials (aged 18-34) cited Facebook as their sole or primary source of key news and other information.

Unfortunately, Facebook is not known as a credible source for news. The recent outbreak of “fake news” has hit social media sites particularly hard, as these types of platforms are set up to propagate information at record speed regardless of source or content. In addition, teens are particularly bad at discriminating between real and fake news. According to a recent study out of Stanford, 82% of surveyed middle-schoolers couldn’t distinguish between ads and real news on a website, highlighting the need to teach students media literacy and proper research skills.

Source: How to Protect Students From Fake News | Edudemic

My friend and fellow ed tech blogger Adam Bellow has relaunched his start-up company eduClipper. Some of you may remember that Adam launched a private beta of the service last year. Well after a big investment from some venture capital firms and ten months of testing and revising features eduClipper is better than ever. In fact, I think it’s what teachers wish Pinterest could be. Last week Adam and I spent an hour talking about the new eduClipper in it’s current state and where it is going in the future. Let’s take a look at what will make eduClipper a very popular service amongst educators.

via Free Technology for Teachers: eduClipper Is What Teachers Want Pinterest To Be.

In 2018 we are all living in a world where almost everything is becoming connected, whether it’s the power grid, network, phone system, our cars, or the appliances that heat our home or chill our food.  As this Internet of Things (IoT) continues to proliferate. This growing class of cloud-connected devices – 9 billion of which ship every year – run tiny MCU chips that will power everything from kitchen appliances and toys to industrial equipment on factory floors. This next wave of connected devices is in increasingly intelligent and connected. They will improve daily life in countless ways, but if they’re not secure, they will make people, communities and countries vulnerable to attack in more ways than ever before.

As s result of this the Threat and security risks expand exponentially. At this year RSA conference in San Francisco, Microsoft announced new offerings to take security more squarely to where it needs to go and where it has not effectively gone before – the edge.

The Azure Sphere Services are a new services and features that will better harden not only our intelligent cloud but also the billions of connected devices that live on its edge.

Source: Microsoft Azure Sphere and teaching students about the next generation of security for MicroControllers – Microsoft Faculty Connection

I was crate digging at my local used vinyl emporium a little while ago and came across some sound effects records from the early ‘60s. Nothing amazing, until I checked the track list and noticed “Sounds of Football Match — ‘Block that Kick!’”

If you’re a Beatles fan like me, you’ll know what I suspected and then found to be true: I was holding the source of not just one, but several of the sound effects used in “Revolution 9” as well as the bird effects heard on “Across the Universe” and “Blackbird.” Apparently this must have been a popular disc at Abbey Road.

Now I mention this as a preamble to this amazing website by the BBC, in which they’ve opened their archive of 16,000 (technically 16,016) sound effects, many of which have surely been used over and over on various radio plays. (For the Americans out there, yes, BBC Radio still produces radio plays!)

Source: Download an Archive of 16,000 Sound Effects from the BBC: A Fascinating History of the 20th Century in Sound | Open Culture

Digital immigrants (Ed. – hate that description) are still trying to come to grips with all the digital innovations that are unfolding in today’s world. And even for those who have succeeded in making the digital transition, they still have an urge for the old days of pen and paper practices. That is probably why even with the prevalence of touch screen devices, some people still prefer to use a stylus when working on their tablets. While stylus does satisfy the craving for holding a pen in your hand, it still does not function as expected.

So if you are one of those people who like to use their fingers to take notes on iPad, the list below will be of great help to you. I have curated several useful apps that will allow you to experiment with your handwriting right on your iPad screen.

via 10 Awesome Handwriting Apps for Your iPad ~ Educational Technology and Mobile Learning.

Web Services is the mechanism or the medium of communication through which two applications / machines will exchange the data irrespective of their underline architecture and the technology.

Why is WebService Needed?

In general, software applications are developed to be consumed by the human beings, where a person sends a request to a software service which in-turn returns a response in human readable format.

In the modern era of technology if you want to build a software application you don’t need to build each and everything from scratch. There are lots of readymade services available which you can plug into your application and you can start providing those services in your application.

For example you want to display weather forecast information you don’t need to collect, process and render the data in your application. You can buy the services from the people who already well-established in processing and publishing such kind of data.

Web services allow us to do these kind of implementations.

Google I/O, the company’s sixth annual developer conference, got officially underway in San Francisco on Wednesday, and it was an eventful day. It took the company every minute of its epic three-hour keynote to unfurl a laundry list of announcements and updates, seemingly across every product category in its arsenal — from Android, Chrome and Search to Maps, Google+ and Hangouts — each with a fresh coat of paint. We even saw the arrival of Google’s very own subscription music service, today, which is already being touted as a potential Spotify killer.

Amidst Larry Page’s triumphant return to the stage (after addressing his much-discussed vocal issues yesterday), Google’s soaring stock price and sexy smartphone demos, it was easy to miss an important announcement concerning Google’s foray into a considerably less sexy market: Education. (And K-12 education, no less.)

Android Engineering Director Chris Yerga took the stage to introduce Google Play for Education, through which Google hopes to extend Play — its application and content marketplace for Android — into the classroom. The new store, which is scheduled to launch this fall, aims to simplify the content discovery process for schools, giving teachers and students access to the same tools that are now native to the Google Play experience.

via With Google Play For Education, Google Looks To Challenge Apple’s Dominance In The Classroom | TechCrunch.

Google has released Coder, a free open source tool to make it easier to use Raspberry Pi mini-computers to build for the web.

Google’s pitching Coder at an education audience, a potential sweet spot for Raspberry Pi given its $35 price tag and one Google has focused on previously, gifting 15,000 of the devices to UK schools earlier this year. Raspberry Pi supporters in the UK have also been urging schools to use the devices to spur interest in coding, hacking and building. 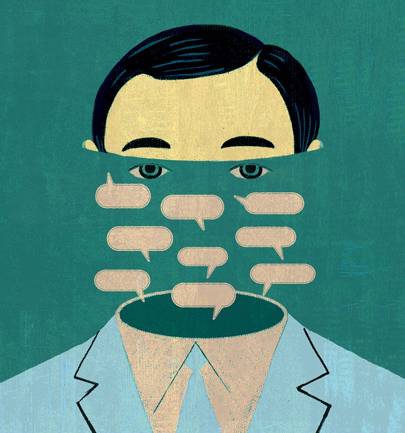 Source: Why you should turn off push notifications right now | WIRED UK

It’s worth passing along a message from UC Berkeley. According to its news service, the “fastest-growing course in UC Berkeley’s history — Foundations of Data Science [aka Data 8X] — is being offered free online this spring for the first time through the campus’s online education hub, edX.” More than 1,000 students are now taking the course each semester at the university.

Designed for students who have not previously taken statistics or computer science courses, Foundations of Data Science will teach you in a three-course sequence “how to combine data with Python programming skills to ask questions and explore problems that you encounter in any field of study, in a future job, and even in everyday life.”